The God/Goddess: A Sexual Meridian Archetype

In Traditional Chinese medicine, the sexual meridian is better known as the conception vessel and is represented by the archetype of the god/goddess. The conception vessel houses the “Sea of Qi,” one of the most powerful energy channels in the body.

To locate the sexual meridian energy within yourself, you need to assess the strength of your will and discover your inner god/goddess.

Which God/Goddess did you most identify with growing up?

Do you know the meaning of fatal attraction pretty intimately?

Do you often take on the feelings of others without realizing you are doing it?

The sexual meridian has close relationships to all yin meridians but has a special connection to both the kidneys (creator of the essence) and the lungs (creator of Qi). In the physical body, sexual meridian imbalances directly affect your hip flexor muscles and indirectly your hamstrings. You may also experience impotence, asthma, PMS, weight problems, and carbohydrate cravings. A god or goddess meridian imbalance could also result in moodiness or unpredictability.

By strengthening and stretching the sexual meridian, you gain access to your will and your inner god/goddess. You also may learn some tricks to combat hip flexor and hamstring issues. To understand the sexual meridian’s place in our series, we will examine its western medicine functions, archetypes, common imbalances, and exercises to help restore the healthy flow of our meridian.

The Sexual Meridian in Western Medicine

Since the sexual meridian focuses on growth, both physical and psychological, our western medicine break-down will look at the endocrine system. The endocrine system manages the body’s hormone production, mood, and male/female organs.

Imbalances in the endocrine system effect:

The endocrine system is responsible for more than just bodily functions. It affects our mood, energy levels, and ability to give birth to the next generation. Endocrinologists are still discovering the myriad of functions that hormones play in our lives.

The adrenal glands, pineal gland, and thymus all play a role in managing our moods.

The pineal gland produces melatonin (derived from serotonin) and uses it to regulate sleep habits and seasonal responses.

The thymus is the metabolic engine of the body.

Each of these three glands influences our mood, health, and wellbeing. Only by eating well, exercising, maintaining a regular sleep schedule, and managing our stress level can we hope to control and sustain our moods.

The ovaries and testes are the female and male counterparts of the endocrine system. The ovaries produce the hormones estrogen and progesterone both of which are necessary for the development of a woman’s breasts, the menstrual cycle, and pregnancy. The testes make testosterone which is responsible for the growth of facial and body hair, the growth of a man’s penis, and the creation of sperm.

In Traditional Chinese medicine, the endocrine system is closely tied to the balance of yin and yang. Both elements need to be in balance for the body to function properly. Yin/yang, male/female, the human body needs both to survive and flourish.

A Captivating Energy: The God/Goddess Archetype

The energy of the sexual meridian has long been fetishized in literature, poetry, and, more recently, Hollywood movies. This energy is epitomized by famous actors such as Marilyn Monroe, Jack Black, Angelina Jolie, and Elvis. Their appeal is related to their physical appearance, charm, and irresistibility.

Sexual meridian energy is a double-edged sword. While those around them covet their power, they thrive. But without the admiration of their peers, they lose more than just their careers. The sexual meridian supports healthy self-esteem and self-confidence, both of which will be severely compromised without positive feedback and attention.

The god/goddess archetype best represents this emotional and social meridian. Like the Greek and Roman gods, the power of the sexual meridian is inherent and inherited. Their energy captivates people and draws people in. They are instinctually empathetic and often take on the emotions of those around them. They have a subtle shrewd intellect and a very strong will.

This meridian is not one of the twelve main Chinese medicine meridians. Instead, it falls under the category of “extraordinary meridians.” The conception vessel is the home of all yin energy. It works with the brain meridian or governing vessel to change yin energy into yang, and vice versa. The conception and governing vessels both have meridian access points up the front and back that are used to treat issues throughout the body.

In Traditional Chinese medicine, the sexual meridian works closely with all of the yin meridians, but none more so than the kidney and lungs. In women, the “Sea of Qi” regulates the uterus, menstruation, menopause, and pregnancy. The kidneys form the menstrual blood, which is regulated by the liver inside the uterus. The conception vessel helps Lung Qi descend and assists the kidneys in grasping the Qi. When these systems function properly, we inhale and exhale with ease.

In men and women, the Sea of Qi moves energy in the “lower burner” which includes the bladder and the prostate in men. Sexual meridian exercises can be used to treat all sorts of problems such as chronic bladder problems, ovarian cysts, prostate issues, and fibroids.

The conception vessel energy is essential to give birth to new things in our life, whether we are birthing creative endeavors, experiences, goals, or a child. It houses our will and empowers us to cause great change in our lives.

Both of my case study examples featuring the sexual meridian occurred when my adolescent daughters were practicing gymnastics. Competitive gymnastics is a unique world full of athletes who push their bodies and minds to the limit. When an adolescent is growing, they are flooded with hormones, male or female. The god/goddess archetype develops, changes, and grows a lot during adolescence.

The first example of sexual meridian influence was when I began observing the effects of growth spurts on adolescent gymnasts. Their muscles and bones would grow at different rates leading to potential injuries. Growth spurts affect the entire body, but primarily the muscles of the sexual and brain meridians. Injuries are preventable if the muscles are properly strength-trained and stretched. Common injuries include pain at top of the hamstring, low back injuries due to a tight psoas muscle, and injuries cascading down through the calf to the growth plate in the heel.

Adolescence is the most important time to monitor the strength and flexibility of the hip flexors and hamstrings. The benefit of keeping these muscles strong and flexible is that you prevent both general and sports injuries.

The Coach with A Sexual Meridian Personality

The second example concerns the effect of the personality type of the gymnasts’ coach on the gymnasts’ progress. The coach, who had high traits of a sexual meridian personality, subconsciously caused injuries to his athletes because of his drive to produce Olympic-level gymnasts. His drive to see his gymnasts become the best had an adverse effect. Instead of working within the gymnast’s own strengths, he would subconsciously project a very specific path to success. He was unable to see the strengths and weaknesses of the gymnasts in front of him. He believed that the same restrictive training routine would result in success for everyone.

The pressure to meet his expectations resulted in some of the gymnasts pushing themselves to be something that they were not and thus injuring themselves. These injuries were not random or based on the physical ability of the gymnast. Most of the injuries occurred in the hamstrings and hip flexors- i.e. home to the sexual meridian energy in the body.

This second example shows the profound influence the meridians can have on us without us knowing. The pattern of injuries directly lines up with a dysfunction in the sexual meridian. The coach’s drive to have his gymnasts be number one limited his ability to coach all of his gymnasts to their fullest potential.

Up next in the meridian archetypes series are the pericardium and skin. These fire meridians are great protectors in the body, with the pericardium surrounding and protecting the heart, and the skin embodying the essential element of the immune system. 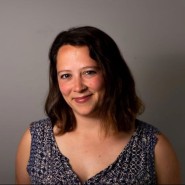 Emma is a writer, illustrator, and yoga teacher based in Burlington, VT. Her quest for stories has been a defining force in her life, leading her across continents and through the strange worlds pressed between the pages of a book.

The Judge: A Pericardium Archetype

The Mediator: A Spleen Meridian Archetype

How To Set Up Your Home Office